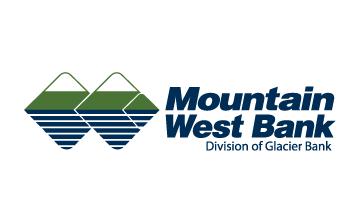 On Thursday March 19, just after 8:30am a restaurant in the 2800 block of W Overland Rd in Boise was broken into.  Entry into the closed business was gained by smashing a large window.  Once inside the suspect stole an undisclosed amount of money before exiting.
The suspect appears to be between 5’10” to 6 feet tall, 170-180 lbs.  During the theft, the suspect’s face was covered and they were wearing a hazmat/painting suit or similar outfit with a hood.  They were also wearing a backpack.
If you have any information on the suspect or this crime, you can report it anonymously through Crime Stoppers of Southwest Idaho.  Click on the tip link on this post or call 208-343-COPS (2677).  As always you can leave a tip through our app “P3 Tips.” 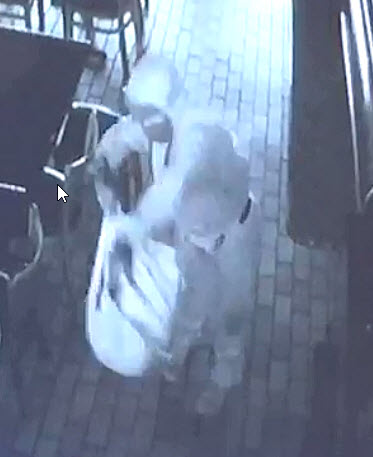 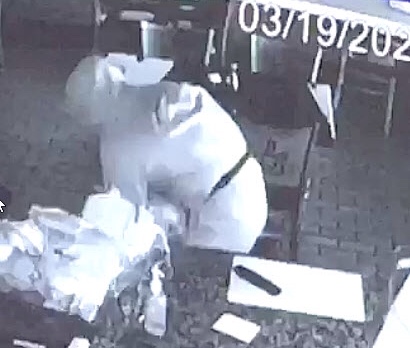 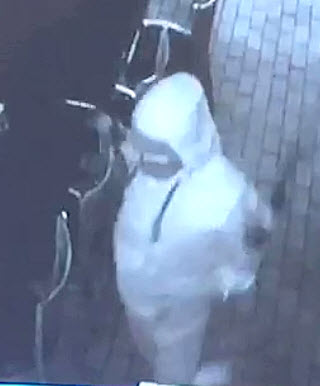 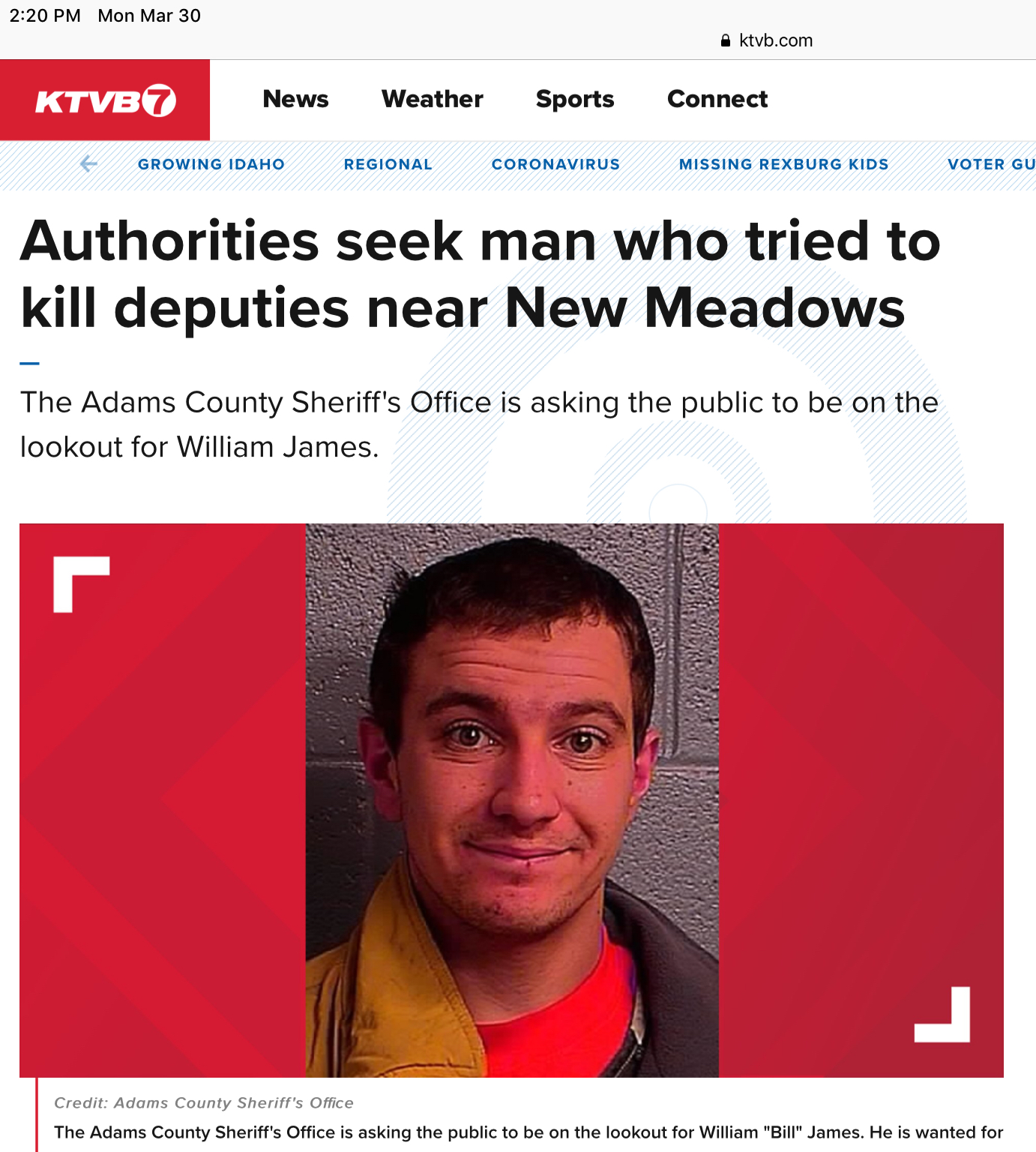 Multiple acts of graffiti near Nez Perce / Cleveland in Boise. Some stop signs hit, several vehicles hit with spray paint, a fence, and a power pole.
If anyone knows who is doing these vandalism’s contact Crime Stoppers!
343COPS.COM
Free app, P3 Tips
208-343-COPS(2677) 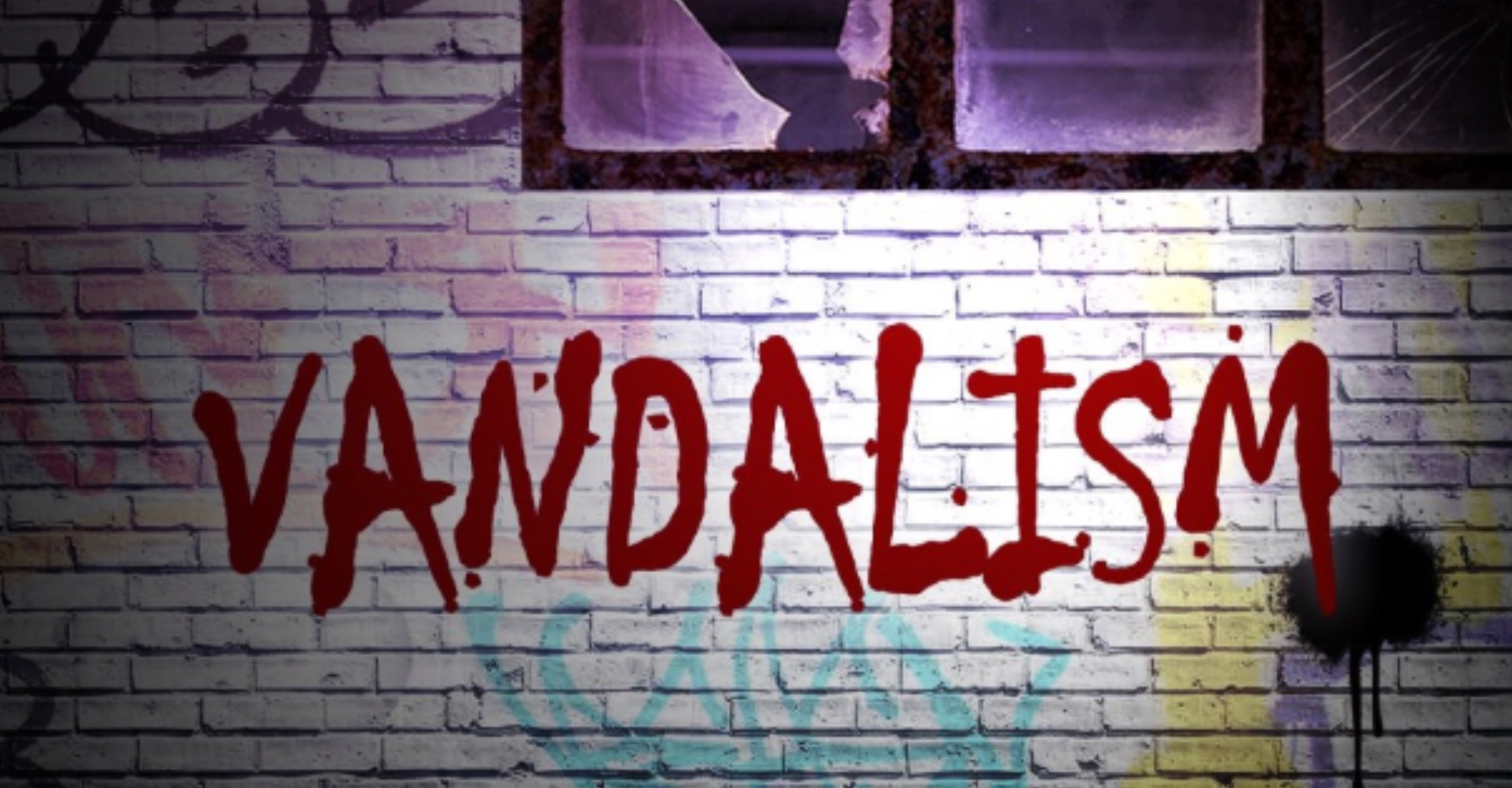 (The attached photo is the victim in this case, he gave permission to post it).

Nampa, ID – At approximately 9:34 p.m. on February 10, 2020, Canyon County Sheriff’s Deputies responded to a reported hit and run accident with injuries in the area of E. Locust Ln. and Ivy Dr., south of Nampa.  A 30-year-old Nampa man had sustained injuries after being struck by a vehicle.  The injured party informed deputies that he had been walking eastbound along the roadway edge when he was struck by a vehicle.  He was transported to a Boise hospital and was last reported in stable condition with multiple injuries.

Evidence located at the scene indicates a white Toyota pickup or SUV was involved. The vehicle is believed to be a 2014 to 2017 Toyota Tundra or Sequoia with damage to the passenger side headlight and front fender area.  Anyone with information is asked to please contact the Sheriff’s Office at (208) 454-7531 or contact Crime Stoppers as follows:

You can remain anonymous and you can earn a reward of up to $1000.00 if your tip leads to a felony arrest! Contact Crime Stoppers now as follows:

2-Use our new FREE app, P3 Tips! You can get the app on ITunes or in the Google Play Store by typing “P3 Tips” in the search bar. 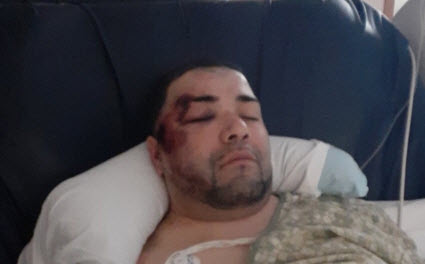 Boise Police detectives are asking for the public’s assistance in identifying a witness to an aggravated battery which occurred on February 7th in a parking lot on the 300 block of Milwaukee Street.  Detectives believe that the witness saw the incident occur and may be able to provide further information about the suspect.  The witness is described as a light-skinned adult male, possibly between the ages of 20-25.  He is believed to be approximately 5’11” tall with dark hair.  He was wearing a dark shirt with a white logo and black rimmed glasses.

Anyone with any information about the incident or the identity of the witness is asked to contact Crime Stoppers: at 208-343-COPS (2677), www.343COPS.com, or leave a tip using the “P3 Tips” app for your mobile device. 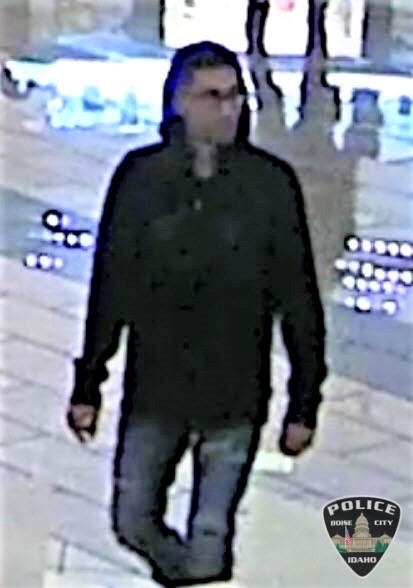 After receiving numerous tips regarding the identity of an aggravated battery suspect from an incident in Boise on February 7th, BPD Violent Crimes Unit detectives were able to identify the suspect as 21-year-old Mario Ramirez of Nampa.  According to witness statements, the suspect punched the victim in the face, which led to the victim being transported to an area hospital due to his injuries.  Detectives forwarded their investigation on to the Ada County Prosecutor’s Office and a $500,000.00 warrant was issued for the arrest of Ramirez.  BPD detectives, along with members of the U.S. Marshals Greater Idaho Fugitive Task Force and Nampa Police officers, located Ramirez on Tuesday evening as he was leaving his home and took him into custody.  Ramirez was booked into the Canyon County Jail for the felony warrant.  Extradition procedures will be carried out by the Ada and Canyon County courts.

“This is another example of our community members caring and reaching out to us to help our detectives solve a violent crime,” Boise Police Sgt. Justin Kendall said.  “We had a tremendous response from the public which led to the identification and arrest of this suspect.  We would like to thank the citizens and our media partners for stepping up and helping to keep our community safe.” 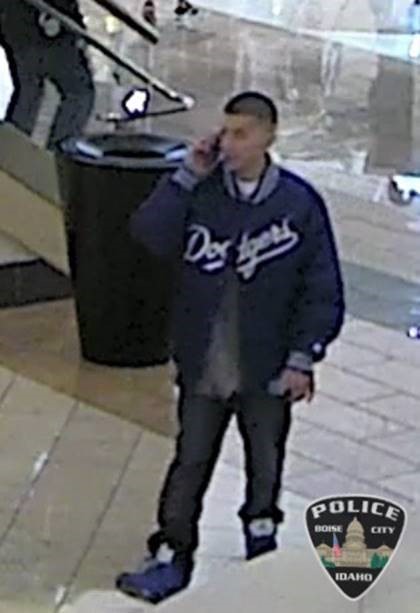 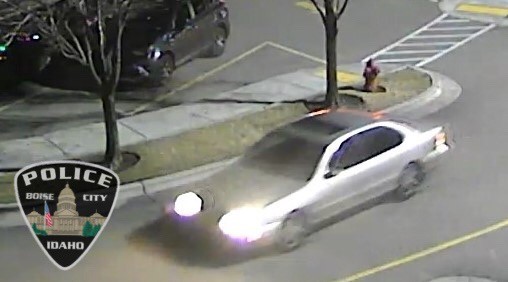 STATUS: SOLVED
Case solved, thanks for the tips! 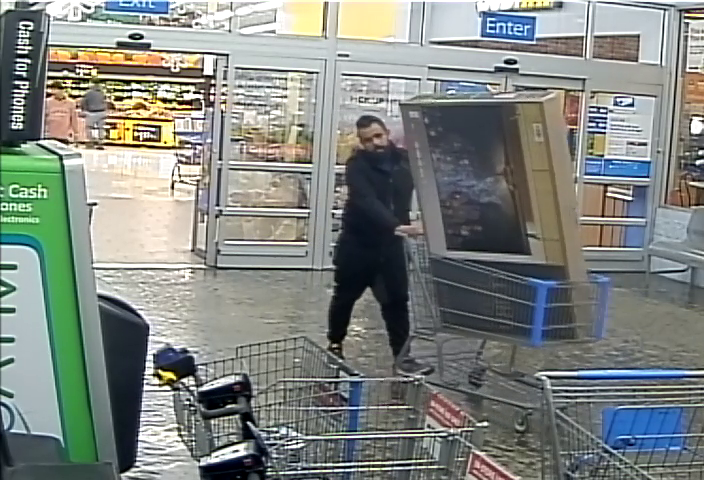 BPD  Property Crime Detectives are looking for help identifying a male and female team who have been committing Commercial Burglaries in North Boise.  The suspects have been captured on video footage on 2 burglaries.  The first occurred on 02/05/20 and the second at 02/23/20.  Both burglaries involved front glass door breakage and both occurred between 5 and 6 am.  The female has distinctive hair that is dark in color.

You can remain anonymous and you can earn a reward of up to $1000.00 if your tip leads to a felony arrest! Contact Crime Stoppers now as follows:

2-Use our new FREE app, P3 Tips! You can get the app on ITunes or in the Google Play Store by typing “P3 Tips” in the search bar. 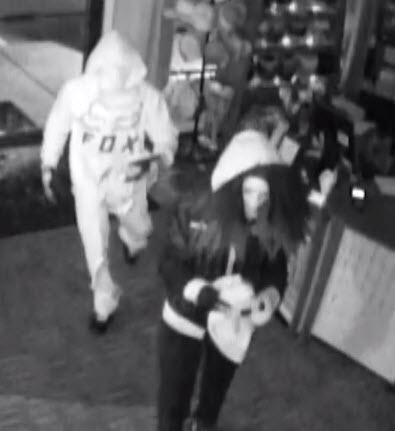 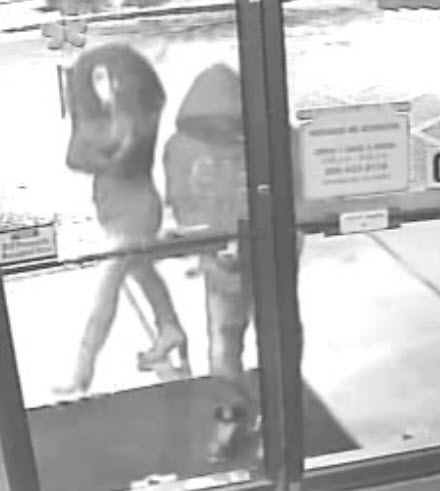 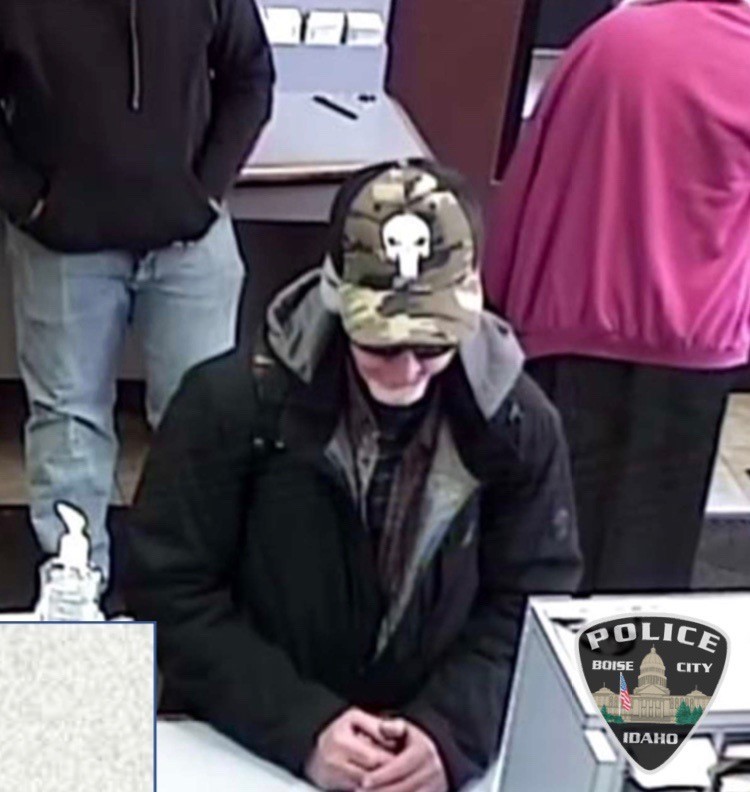 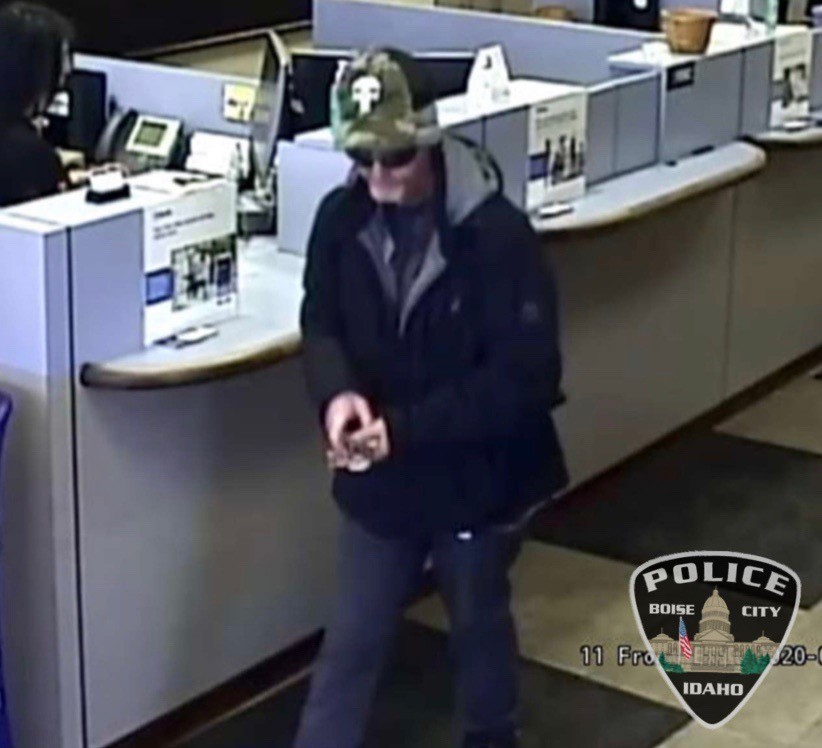 Boise Police are investigating multiple purse thefts and officers believe the same suspect is responsible.  The three different thefts occurred in mid-January and early February at two retail stores on the Boise Bench.  In each case, the suspect approached the victim’s shopping cart when they were not looking and took the purse out of it.  Upon investigation and after reviewing surveillance video, officers believe that the same man is responsible for each theft.

Suspect Description:  The man is described as being light-skinned with brown hair, is approximately 5’7”-6’ tall and was cleanshaven at the time of the thefts.

Vehicle Description:  The suspect is believed to have gotten in to the passenger seat of a silver sedan.  Officers believe the vehicle to be a Lexus IS-250, or similar model.

Anyone with any information about the purse thefts or the suspect is asked to contact Crime Stoppers: At 343-COPS (2677), www.343COPS.com, or leave a tip using the “P3 Tips” app for your mobile device. 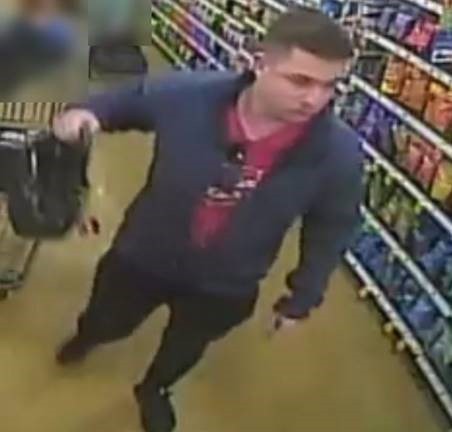